View source
watch 01:36
We're Getting Mutants in the MCU - The Loop
Do you like this video?
Play Sound

As Jason, you are presented with Challenges to overcome, with more unlocked as you complete them. After choosing a challenge, select a Jason to Play, and watch the cinematic for clues on how to complete the Objectives that are unique for each mission. Jason will start with all of his Abilities unlocked, as well as each of his strengths and weaknesses. Choose your Jason wisely for each challenges. 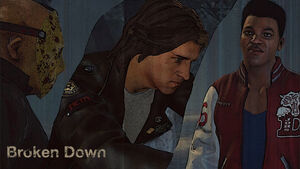 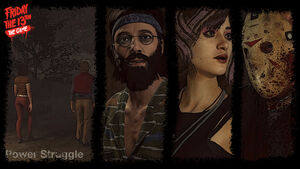 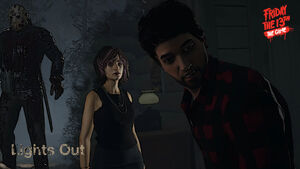 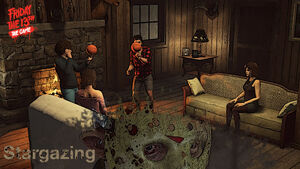 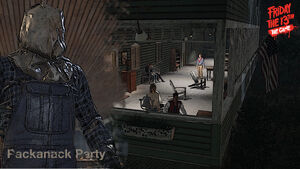 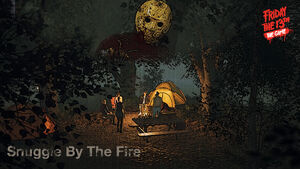 Snuggle by the Fire 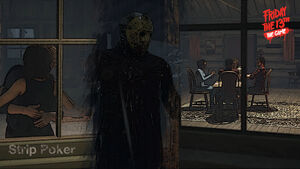 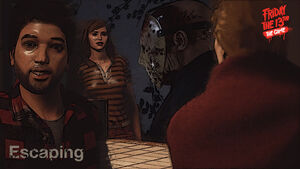 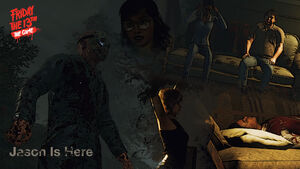 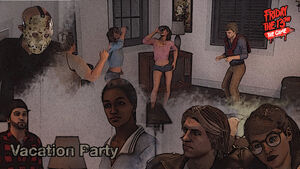 Vacation Party
Photo Credits goes to NewmanOnGaming for the creation for these amazing images!

Skulls are awarded as you play, and winning any two will unlock the next challenge. Killing all Counselors in each Challenge will reward you the "No Survivors Skull". Completing the challenge without being seen rewards you with the "Undetected Skull". Finally, completing Objectives and performing Jason-like actions awards the "Score Skull". Collect as many skulls as possible to proceed through challenges to win.

Each Challenges has a number of computer controlled counselors that are located around the map doing various actions. If Jason stays quiet, counselors will be unaware of his presence, and he can stalk and kill them discreetly. However, if a counselor sees or hears him, they will become terrified and either fight back or run away. It is Jason's Job to hunt down and kill all Counselors that still draw breath.

Stalker points are located all throughout the map in various areas of each Challenge, Jason will get a better view of the counselors, observe what they are doing, and sneak up on them with little chance of being detected. While watching the counselors, you can learn details about where they are going, and how best to plan your killing spree.

There are several Objectives in each challenge that you can complete to get a skull to unlock the next challenge. While you can complete most Objectives in a single run, some will add in extra goals, and others require multiple playthroughs to clear them all. Each Challenges has 5 normal objectives and 1 hidden one that must be unlocked by observing counselors and their environments. Pay close attention your surroundings to complete them all.

These are much like the regular executions, but are scenario dependent and often use an interaction button prompt.

In Single Player Challenges, players will control Jason and hunt down counselors in multiple movie-like scenarios. Here are some of the features that you can expect to see:

We’ve received some messages from fans thinking that some aspect of our single player was story driven. Sorry to let you down, but it is not. The F13 films weren’t really known for their narrative. Sure, there’s a story in the films, but again, not the focal point per se. It was about Jason, victims, awesome kills and the occasional boob, right? That’s the approach we took with challenges. There’s a certain, very popular game, with a bald protagonist in a suit with a barcode on his neck. Yeah, that one. If you played that game, you kinda see the direction we’re going with Challenges. Except you’re not an elite special agent…you’re Jason.

Here’s an analogy I’ve used before that helps some; If you think of the game like a film - Multiplayer is around reel 3 or 4 in an F13 movie. Everyone knows Jason is there, and he’s killing people wholesale. Challenges, however, are reel one, scene one. Counselors are just getting to camp, they are settling in for the first night. They’re drinking beers, going for late night dips in the lake, smoking the drugs, and showing their wedding tackle to each other.

All of them, grossly unaware that a masked serial killer is in the woods, staring at them. YOU are staring at them, you perv. So what are you going to do? Well, within the Challenges, there are, well…challenges. It could be as simple as “Kill everyone”, but then you might find a challenge that asks you to locate a specific counselor and kill them first. Or perhaps kill someone a specific way or with a specific weapon. -GunMedia